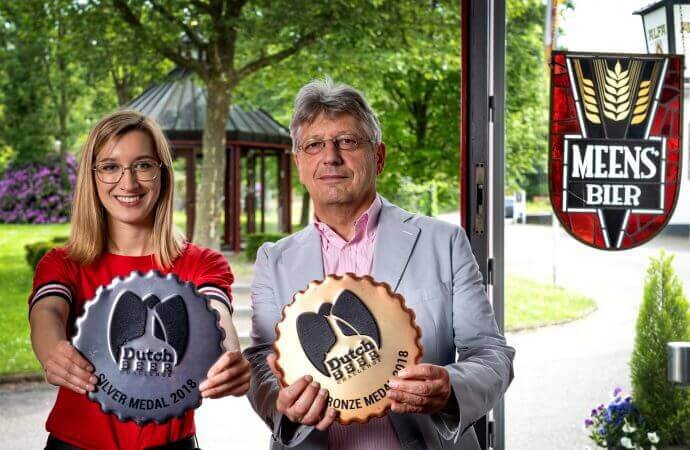 Alfa Bier was emphatically awarded the Dutch Beer Challenge (DBC) in April. Alfa Edel Pils won a Silver Medal in the category Blond: Pils. Silver with a golden edge, because with that we scored best of all beers in this category that are available nationwide in the supermarkets. 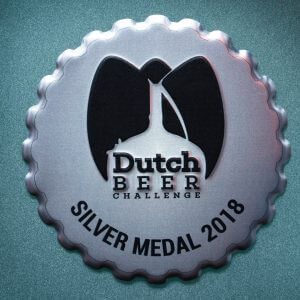 During the beer competition held in Breda, all beers were tasted anonymously and blindly by Dutch and international judges. We are of course convinced of the quality and rich taste experience of our beers, but it is very grateful if a reputable panel of international beer connoisseurs also makes favorable statements.

Ever since its founding in 1870 we have been working every day, without ever making any concessions to the process, with full commitment to brewing beer of the highest quality with a rich taste experience. If a reputable panel of international beer connoisseurs subsequently praises Alfa’s beers, we see that as an important recognition for our traditional and traditional way of brewing beer.

Alfa Edel Pils brewed with certified spring water from our own source is our showpiece and that is why it is an extra stimulus when we get the compliments of a jury made up of professionals in a beer competition. Incidentally, it has been the third year in a row that we have won prizes with our beers. The proof that we have been able to achieve consistently high quality over the years. A goal that we all at Alfa are always working on. Everyone at our family brewery is aware that every day you have to see again as an aptitude for beer brewing. Beer is a natural product, in which dozens of factors play a role in the final quality. And that does not only concern the carefully chosen and processed raw materials, but also all steps in the brewing process, the temperature, the bearing duration up to and including bottling. Because even if you make the best beer in the world, it can still go wrong if you do not bottle well.

A selection of the qualifications that could be found in the jury report that we received from the organization of the DBC.

Appearance: Bright, yellow in color, beautiful white head, nice pearly.
Aroma: Pure nose with hints of malt and hops. Very nice.
Taste & Body: Light-footed, well-brewing, refreshingly pure aftertaste. Good looking!
Technical quality: Error free. Refreshing, drinkable and balanced.
Category relevance: Fully fits the style.
A confirmation of all the hard work that all Alfa men and women spend every day on the production of our beer. Just that extra attention ensures the excellent quality that is also tasted and appreciated by beer connoisseurs. But perhaps even more important is that the consumer thinks so too. Because that’s what we ultimately do for it.