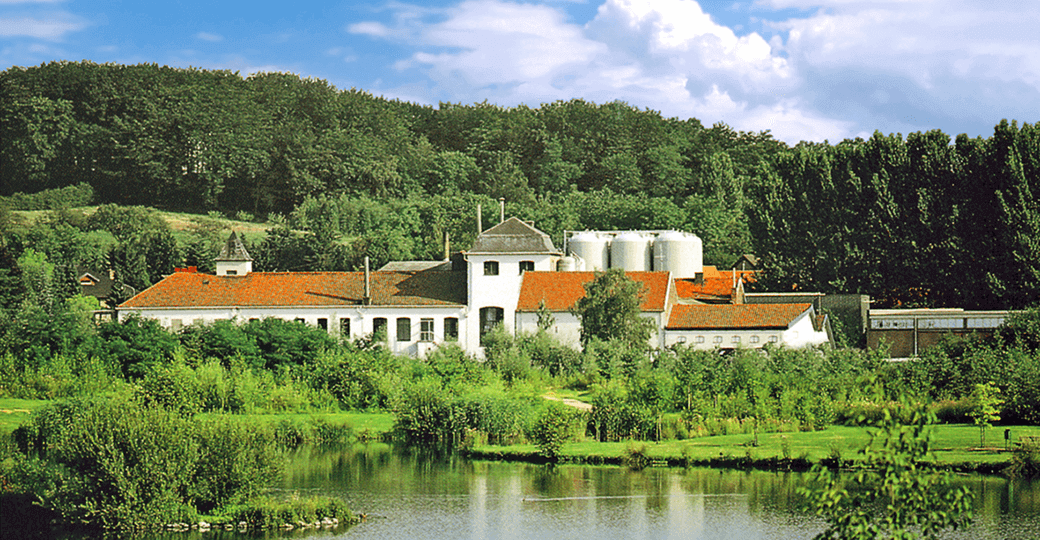 The founding of our brewery in 1870 can be seen as a form of corporate social responsibility. We really were far ahead of our time already. With a farm at our origin, we were able to provide day laborers with work in the brewery even in winter, thus guaranteeing them a meal ticket. But that’s as far as staff is concerned.
We have also taken new initiatives over the years in relation to the environment, whether it’s raw materials such as water or hops, or CO2 reduction or energy measures, we’ve actually been working sustainably for almost 150 years!

Around 1900, the purchase of a so-called Berieslungs Kühler saved hot water and shortly after the war we realized another 20% savings by again investing in new cooling technologies. At the same time, 10% less coal could deliver the same production. From the 1970s, still long before the environment was high on the agendas of politicians and businesses, we have taken enormous steps, such as the construction of a natural water purification system in 1970 and the optimization of our brewing house in 1980, resulting in a 20% energy gain. In addition, we reduced our CO2 purchases by 50% through efficient reuse during production.

We firstly cultivated the barley ourselves and, at a later stage, also vermouth. The bostel, i.e. the brewing waste, is still used as livestock feed. At the beginning of the last century, Henri Meens carried out tests to plant hops in the hills around Thull. Unfortunately, the hops produced were of insufficient quality and the tests were seen as unsuccessful and stopped.

In 2015, we switched to 100% renewable energy and, by adjusting our rinsing machine, we saved even more on energy and water consumption. In our eyes, sustainability is the efficient use of natural, raw materials and the realization that we are to treat both people and the environment with the utmost respect. 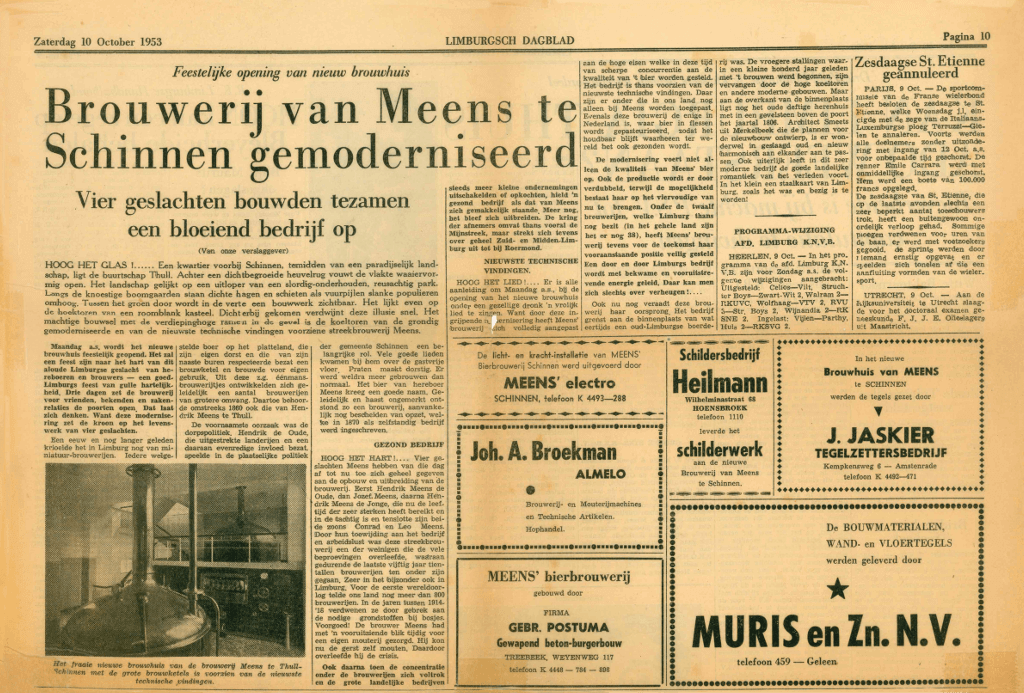 Below you will see a number of highlights in realized measures in the area of​sustainability over the years with, if applicable, their respective reduction or environmental impact compared to before.